I first visited Asbury Park about a year ago. I dated someone who lived in the area, and we took a stroll on the boardwalk. It was the Jersey Shore, but it was different than the towns I wrote about in my book, which covers Atlantic City to Cape May.

We saw a lot of activity on the boardwalk, but it was an area end-capped by what looked like a graveyard and a building past its prime. On the south end was the Casino, a gutted shell attached to hold a grand carousel. On the north end was Convention Hall, a glorious building that still looked gritty inside. In between were boarded up buildings and pockets of construction. I didn't give it too much thought -- we passed over into Ocean Grove, and I got lost in the architecture there.

The scene this weekend in Asbury was nearly the same, except that gentleman is in my past and those pockets of construction were new restaurants and bars -- and they were packed. The shell of a failed condo project still backs the boardwalk, but the boardwalk was alive. Out that Friday night, I went from one crowded hot spot to another, and it's not even Memorial Day Weekend -- and most of the people eating and drinking lived in the area and were part of this town with a new, slightly edgy vibe. I could see myself there. I even looked at properties on realtor.com. I felt like I could, with time, belong there.

After that Friday night out, I bought 4th of July, Asbury Park: A History of the Promised Land

by Daniel Wolff from a gift shop in Ocean Grove. The book I brought with me was interesting but I wanted to soak in a good story while reading on the boardwalk. This proved to be it -- a history of Asbury Park, from its Methodist roots to race riots to what it is today (though the book caps off in 2003, when new construction started yet again). It also described where Atlantic City and Asbury Park, which had similar plot lines of fading shore towns with corrupt governments, diverged. AC legalized gambling, but Asbury Park did not. I can only imagine if AC had kept out the casinos, it would look something like Asbury Park, not a carnival built on vice. Throw in a healthy dose of Bruce Springsteen's origins in town, which fill the final chapters of this book, and you've got someone who wants to learn more and go back to Asbury Park.

My perspective is different than Wolff's, though. I see an Asbury Park not described in the book (simply because of the production timeline). When I visited this weekend (which I wrote about here), I saw a city pushing toward something new. Despite all the previous redevelopment failures and dirty politics, something new and exciting is taking hold. The Casino is still a shell, but Cookman Avenue isn't boarded up. It's busy, even in a bad economy. The boardwalk still has empty buildings, but it also has crowded ones. Even a former HoJo is a restaurant complex -- I saw a wedding party using the top floor for its reception.

The town isn't out of the woods, of course. I saw a drug deal go down while returning to my hotel, and a lot of those new condos are empty. But as Marilyn Schlossbach, owner of Langosta Lounge, which opened this year, pointed out: her restaurant's waitresses are buying condos. She and her husband are looking to buy in town instead of commuting from another shore town. She had been part of the attempted redevelopment in 1985 and took a hit when it didn't pan out, but this time she's optimistic, both by the progress and people filling her restaurant.

The book also pointed me back to the "what will my second book" question be. I want to write a similar book about Atlantic City and how gambling has affected the town. I've been talking to an agent who doesn't quite see that as a viable project, but I might try to do it anyway (got an agent interested to recommend? Lemme know!) It would be a major undertaking, but now that I'm so ingrained into shore journalism, I don't want to leave.

Anyway, I'm rambling. It's a good book, and one to read if you're interested in shore history. It's not boring. It's a great story, too, if the ending is a positive one. And I hope it will be.

Here's a few pictures from the weekend: 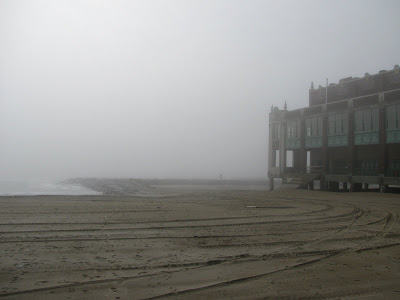 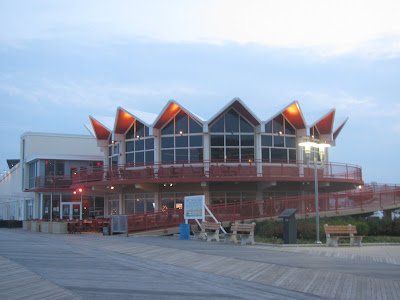 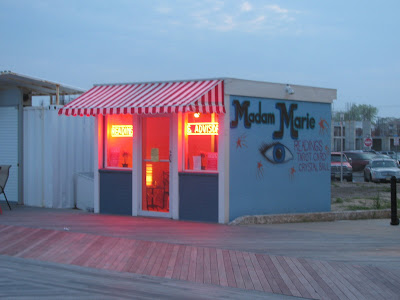 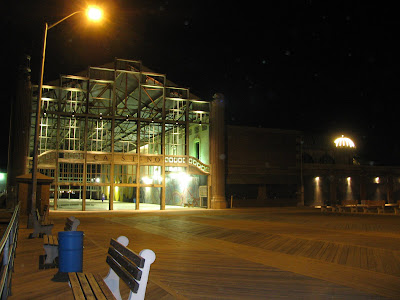 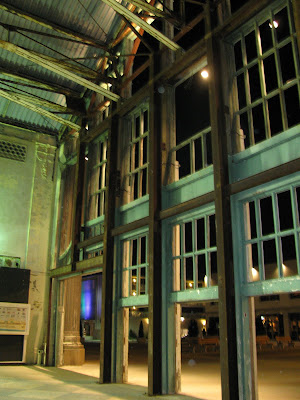 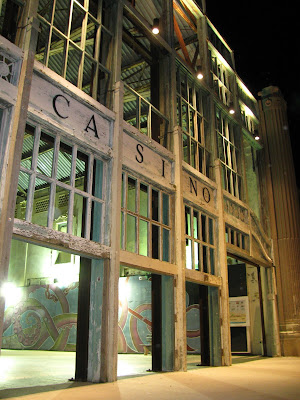 Even if you've only heard about Asbury Park through a Springsteen song, this book is worth the read (and maybe a visit so you can see all the sites he sings about!)