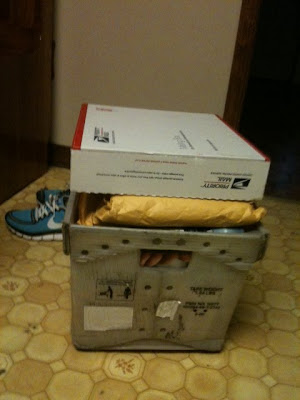 This came in the mail yesterday. Well, these. I’m starting to review books for a new website, and I called in a specific kind of book from publicists on my book PR list. I thought I’d get a few. Didn’t think I’d require a crate.

I spent some time with Book a Week with Jen when I was turning it from a blog series into a book. One thing I realized is how little I write about books anymore compared to 2007-2008. A few reasons for this. First, my writing was deflected into travel writing when The Jersey Shore: Atlantic City to Cape May

was published – more than I could have imagined. It’s now in its second edition, so I’ve spent a large chunk of my writing time on the shore in the last four years. I mean a really large chunk.

Second, there just aren’t many book review outlets anymore. When Frank Wilson retired as the books editor of the Philadelphia Inquirer, I lost my reviewing gig there (yes I tried, but that editor who took over his role has never gotten back to me). I did a few book related things here and there for women’s magazines, but they’re wretched to work for, and I don’t agree with their overall ‘message.’ Every month, without FAIL, they will tell you that you’re too fat, you’re not please your man, and you’ll die young, most likely of breast cancer.

I sometimes review for American Way magazine, but they’re typically short. The biggest book-related piece I’ve done in years was for Runner’s World.

I’m still reading, of course, but with no pattern or intention. It’s a little weird.

I’m going to try blogging here more again. I don’t think I’ll do another Book a Week series, but who knows? Maybe.