Book 34 of 52: Under the Tuscan Sun by Frances Mayes 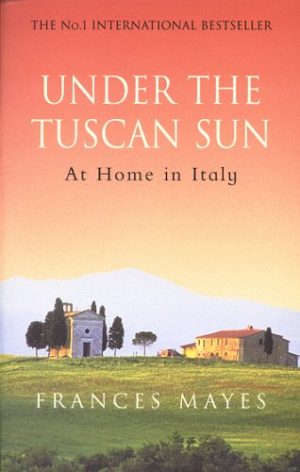 My plan to go back to Italy in 2023 or 2024 proceeds, as does reading books about Italy. So Under the Tuscan Sun by Frances Mayes it is (or was since I finished the book last night).

This 1996 blockbuster memoir is by Mayes, a professor of creative writing who takes her divorce settlement and buys an abandoned villa in Tuscany. Through the course of the memoir, she and her pal Ed (who eventually became her husband) fix up the place, and spend all their summers there (which seems to be a thing that has only been disrupted by the pandemic). It’s a home renovation story, a second love story, and, probably more than anything else, a food story.

I’ve spent some time in Tuscany in early fall, which is when Mayes usually returns to San Francisco, but even after the rush of summer, the food is unbelievable. In 2008, I met up with my own “pal” at the time, who was there for work, and we at so much gelato that I thought I’d never be able to eat American ice cream again. He had been a vegan and recently switched to vegetarian and, for one meal only, still tried the meat, because that’s what the owner of the little restaurant we found in Siena told us to do. The relationship didn’t last, but that pull remains. I went again in 2014 and still think of the fresh squeezed orange juice I picked up at their version of a rest stop, on my way from Rome to Positano. I have a picture I took of a fruit stand, spilling over with peaches, in my living room (which I’d add to this post right now, but I’m down the shore). And I can’t wait to go again.

I thought I read Under the Tuscan Sun when it first came out, but if I did, I don’t remember a thing. Maybe between the book and the 2003 movie, it was such a part of the culture that it seeped into my brain to the point I thought I knew the story — even though the movie seems very different than the book. She comes over with Ed, doesn’t meet him there:

But who doesn’t sometimes long to chuck it all and buy a fabulous house in a fabulous place to escape to every summer? Of course, not everyone has a divorce settlement to do so, or a university job that lets them live in another country in the summer. But that’s part of the fantasy, isn’t it? That you would also have things to enable such a bold leap?

Despite the lovely food writing, I could have done without the recipes in the middle of the book, and she sometimes oversimplifies the lives of her neighbors into stereotypes. But those are only two mild complaints for what otherwise was a lovely beach read. It also has a callback to someone I’ve already read in this year’s series.

“She always seems like Mary, the name of my favorite aunt, rather than Santa Maria. Mary simply became a friend, friend of mothers who suffered their children’s pain, friend of children who watch their mothers suffer. She’s hanging over almost every cash register, bank teller, shot giver, bread baker in this town, and I’ve grown used to her presence. The English writer Tim Parks says that without her ubiquitous image to remind you that all will go on as before, ‘you might imagine that what was happening to you here and now was unique and desperately important…i find myself wondering if Madonna doesn’t have some quality in common with the moon.’ Yes.”

I reviewed Tim Parks’ Italian Neighbours as book 25 in this series.

A couple of notes: 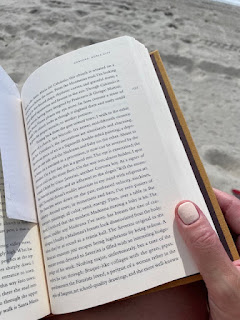 Also, thank you to the friend who pointed out the coffee link was broken. Fixed now!