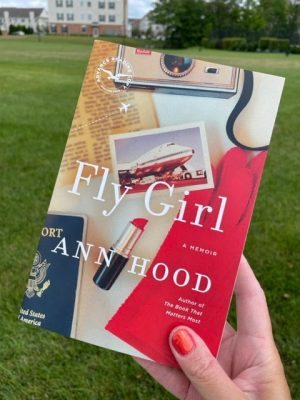 Fly Girl by Ann Hood is a “look behind the curtain” type memoir. After college, and before becoming a successful novelist, Hood worked as a flight attendant for TWA, “at the end of those glamour days,” she writes, starting her job a time when flying was something you dressed up for, and ending after deregulation started to shrink prices but also amenities, seats and leg room.

Those glamour days were also more sexist, where flight attendants couldn’t be married, couldn’t have children, were chosen in large part based on their looks, and had to maintain a specific weight (and could be fired for going over, especially in their first six months of “probation”). That didn’t discourage women though. At the time Hood applied, TWA had acceptance rates lower than Harvard. It was an in demand job.

It was a big change from when the role was “courier” and only open to men. In 1930, Ellen Church, a registered nurse, convinced United Airlines to hire her too, arguing that putting women on plans would make people feel more comfortable about flying them – because if they hired women, especially nurses, on it had to be safe, right?

The nursing requirement was dropped during World War II because, of course, they were needed elsewhere. Post war, airlines, which catered mostly to the wealthy, and men, advertised about the sexiness of their stewardesses. Here’s three examples: 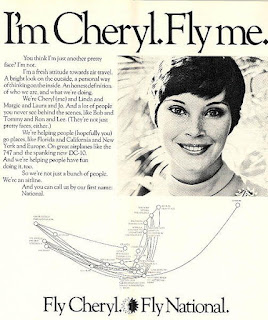 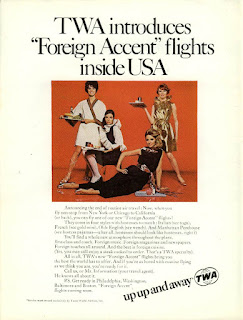 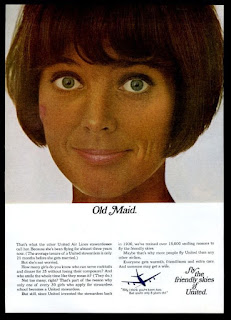 At 16 years old, Hood read Coffee, Tea, or Me? which I thought was a line from the movie Working Girl. But no, it was first the title of this best seller by “Trudy Baker and Rachel Jones,” two two stewardesses who wrote things like “A Stewardess…is a girl. She wears a uniform and works at thirty-five thousand feet. But above all she is a girl, female and subject to all the whims and desires of all females.”

But Baker and Jones didn’t exist. They were the pen name of Donald Bain, an American Airlines PR executive and also… one of Jessica Fletcher’s “co-writers” on the Murder, She Wrote books! Including Book 26 of 52 in this series: 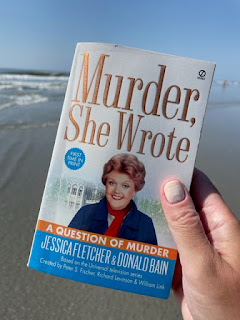 Fly Girl works best when it’s about the ins and outs of becoming and then being a flight attendant (she hates the term “stewardess,” and I don’t blame her; she also worked alongside men, who the Supreme Court ruled in 1971 could not be rejected as candidates based on their gender). She does write about how the experience opened up her world and prepared her to be the writer she would become, but the depth just isn’t there. She dedicates more space on being trained to walk up and down spiral staircases in heels while carrying trays than the death of a family member. I also don’t know if she covered that in another book, but I can only judge what I’m reading here.

It’s her right, of course, to focus on what she wanted, but if you want a soul searching, pouring out of the heart memoir, this one is not it (spoiler alert, that’s what the next book in this series will be).