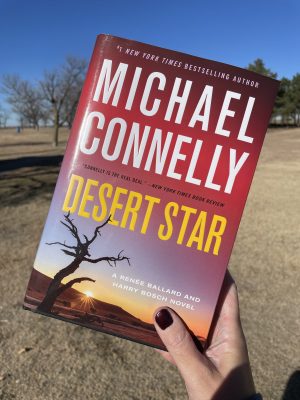 The most distinct memory I have of reading a Michael Connelly book was in a Candlewood Suites in Grand Junction, Colo. on July 1, 2017. I was about six weeks into my “do you think a depressed person make this?!” trip to see the 18 states I hadn’t been to yet. I’d just driven across Utah while was sick with a head cold that hit me somewhere over the Pacific Ocean on my flight back from Hawaii to Las Vegas. I’d planned to camp on public lands somewhere outside Arches National Park in Moab, but with temperatures still in the 90s at 5 p.m., I decided to skip it (and Arches entirely) and pay Fourth of July weekend hotel rates somewhere in Colorado.

I was tired, physically sick, and homesick even though I didn’t have a home-as-a-structure to go back to. So I cried in the shower, turned up the AC, and sunk myself into the hotel bed, and read Angel’s Flight, Connelly’s sixth novel in the Harry Bosch series.

I even took a picture: 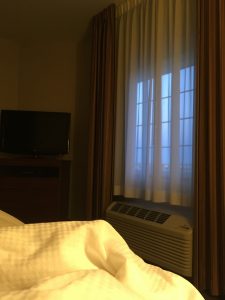 I’d started to work through Connelly’s back catalogue in 2016 at the recommendation of two friends who like these kinds of books. The events that, in part, lead to that trip (including a dispute with the worst neighbor who ever existed, which forced me to sell my first home) were reaching a crescendo, and I needed escape. Romance novels weren’t quite cutting it. I wasn’t in the mood for a happily ever after. I wanted the bad guys to get it in the end. I bought a bunch of Connelly’s books on ebay, stuck a few in a milk crate of books I brought on that road trip, and burned right through them. I bought some more and then read a few every year until I caught up with the series.

Connelly started out as a crime reporter, and while he’s written about crime from the reporting angle (through the character Jack McEvoy) and defense attorney angle (through Lincoln Lawyer Mickey Haller), he seems most at ease when telling the story of policing work through his most frequent protagonist, Harry Bosch.

The problem with allowing Bosch, a Vietnam Veteran, to age in real time is just that: time. In Desert Star, which came out this November, he’s in his 70s. He’s not a detective anymore, and hasn’t been for some time. It’s clear that Connelly is transitioning him out — this is labeled as a (detective) Renee Ballard and Harry Bosch novel, and Bosch’s daughter is a police officer now. At some point, one or both of them are going to take over.

Do I worry? Sure. Connelly hasn’t had the best history of writing women — I used to joke with a friend that I was going to write a parody called Bosch’s Broken Down Broads). But he has improved. Connelly has also managed to stay in touch with issues of violence and corruption in policing. I’ve read all of his books now, and dirty cops have always been a theme. Are his works still a bit of copaganda? Yes. But it’s not anything close to whatever police dramas dominate CBS these days.

Back to why I opened with the story of a road trip (and not just to make a perhaps labored point about books being part of the rhythm of our lives). I read Desert Star while on another one: I drove back to Moab and back during Thanksgiving week, and, yes, finally got to Arches (and Canyonlands National Park, which I may have liked better). I finished Desert Star while stopped in Grand Junction again, though this time, it was cold, I wasn’t sick, and the Candlewood Suites I’d stayed in then is now something else. In 2017, I felt trapped in that grief/depression spiral and didn’t think I’d ever get it. I did. And I’m very grateful for it. 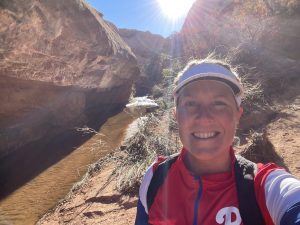