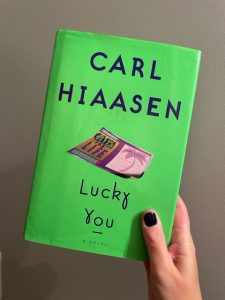 About this time last year, I was reading a novel by Carl Hiaasen, the ultimate writer of Florida men, while lounging in the Florida sun. This week, I read a novel by Carl Hiassen while lying under multiple blankets on my couch in New Jersey, a state that feels like it has been stuck on permanent gray for the last six weeks. This photo, which I took in my bathroom, matches the general vibe (though after telling myself I wasn’t making my annual trek south this year, I cracked. Expect a Florida-themed photo on this site next month). This time around, the Hiaasen book of choice is Lucky You, a 1997 novel about two people who win the lottery. One is JoLayne Lucks, an animal lover who plans to use a portion of her winnings to buy and preserve a plot of undeveloped land so it won’t be paved over….

I’m trying out a new feature on the blog, where I wrap up some book world news on Fridays. We’ll see if this works!  So here’s some news. Spare by Prince Harry has become the fastest selling non-fiction book of all time, according to the Guinness Book of World Records. I imagine I’ll read it at some point, probably listen to the audiobook version as I did with other royal-related books, including Book 26 of 2022, The Palace Papers by Tina Brown. I’ve read bits of gossip just like most of us have, but I want to see it all in context. What’s going to happen to book twitter if/when Twitter implodes? Sophie Vershbow, writing for Esquire, is on the case. HarperCollins and its striking workers are entering mediation, thank goodness. The New York Times wrote about Hilderbabes, fans of author Elin Hilderbrand, by covering a retreat for/with the author… 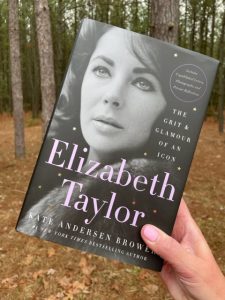 Book 3 of 52: Elizabeth Taylor: The Grit & Glamour of an Icon by Kate Andersen Brower

How about some glamour, darlings? Then let’s dive into Elizabeth Taylor: The Grit & Glamour of an Icon by Kate Andersen Brower. This new book is the third biography I’ve read of Taylor. Furious Love: Elizabeth Taylor, Richard Burton and the Marriage of the Century by Sam Kashner and Nancy Schoenberger is a biography of Taylor and husband number five (and maybe six, depending on how you count, as they divorced and remarried then divorced again) with a focus on that relationship; and How to be a Movie Star: Elizabeth Taylor by William J. Mann is a supremely dishy read. I enjoyed them both, but Elizabeth Taylor: The Grit & Glamour of an Icon is by far the most comprehensive of the three. Brower had access to unpublished letters, but she also talked to everyone — and I mean everyone. A short list: Carol Burnett, George Hamilton (yes they dated!),… 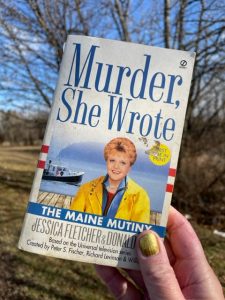 Book 2 of 52: Murder, She Wrote: The Maine Mutiny by Jessica Fletcher and Donald Bain

And we’re back on the Murder, She Wrote boat! Or a lobster boat, as is the case with Murder, She Wrote: The Maine Mutiny. This 2005 entry into the Murder, She Wrote literary oeuvre opens with Fletcher stuck in an abandoned lobster boat with a dead body. She doesn’t remember how she got there, thanks to someone (she assumes the person who did the murdering) hitting her on the head. That’s the middle of this story, which then jumps back to what lead to be a controversy among lobstermen in the first place (and it is ALL men here), then to Fletcher being stuck on the boat, and of course unraveling the mystery of how she got there in the first place. It’s…fine, as were the other books I read in the series last year. They’re a fine way to pass the time without breaking your brain, especially if you’re… 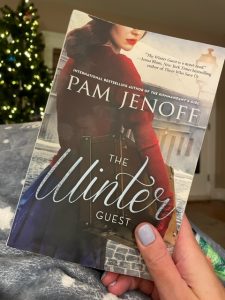 Book 1 of 52: The Winter Guest by Pam Jenoff

Happy New Year! With the turning of the calendar starts a new year of book reviews. Writing this blog last year was a joy, and a much needed kick in the pants to get me to think about writing for writing’s sake — and not writing just stuff I was being paid for (though I do have a tip jar, and I get a cut if you order any books from the links, just putting that out there!) So here I am again, ready to read another 52 books (or so), while matching my nail polish to the covers, and writing about it all here. First up for 2023 is The Winter Guest by Pam Jenoff. She writes historical fiction surrounding World World II, with an informed point of view: before becoming a best selling author, she worked as Special Assistant to the Secretary of the Army and then for… 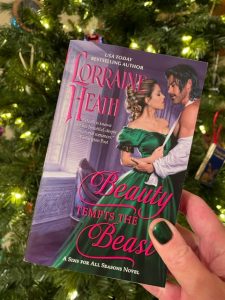 Book 66 of 52: Beauty Tempts the Beast by Lorraine Heath

And here we have it, the last book of the year: Beauty Tempts the Beast by Lorraine Heath. And it’s…fine. I wasn’t in much of a reading mood this week, despite being a person who always has a book. I started and stopped two books before I got to this one. Beauty Tames the Beast isn’t terrible, but it feels a bit like Heath ran out of gas. This is the sixth book in the “A Sins for All Seasons” season. There’s a out of nowhere plot twist in the last 100 pages. Of course our hero and heroine get together, but the “final” hurdle to them doing so feels low stakes. But it’s done and on the shelf of the books I read this year. Looking back on my reading in 2022, it feels…fine? I haven’t written this blog in a while, and it did force me to be… 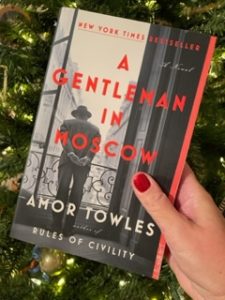 The funny thing about A Gentleman in Moscow by Amor Towles is that I’ve had this for almost three years, but avoided reading it because I assumed it would be a heavy book. It’s a Russian novel! But when I saw a friend write online that her blood pressure dropped every time she read it, I gave it a go. I’m glad I did. It’s about Count Alexander Rostov, who, at age 30, is sentenced to house arrest. The “house” in this case is the Metropol hotel in Moscow in 1922. A Bolshevik tribunal determined he was an unrepentant aristocrat, but spared his life because of a poem he wrote 1913. Instead, he is sent to live out his days in the belfry of this luxury hotel near the Kremlin. Alexander makes the most of it, living a full, often delightful life inside. My friend was right: I did feel… 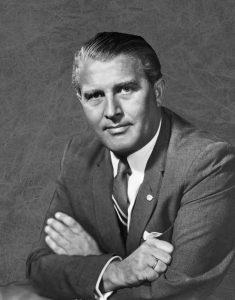 Two warnings on this post. First the serious one: this review is in part about the Holocaust. If you want to skip it given everything that’s going on right now, I completely understand. I also put warnings in the post about where the rough stuff is. It’s also why, after looking at the post after it published, I changed the featured image. I don’t think anything’s wrong with the cover, but I don’t want to shove a hate symbol into your day, especially during Hanukkah. Second, the less serious note: this post discusses the first season of the Apple TV+ show For All Mankind and will contain  mild spoilers. That bit comes at the end of the post, and I’ll give another warning with {SPOILERS AHEAD}. Operation Paperclip: The Secret Intelligence Program that Brought Nazi Scientists to America by Annie Jacobson is about just that: Operation Paperclip, a U.S. intelligence… 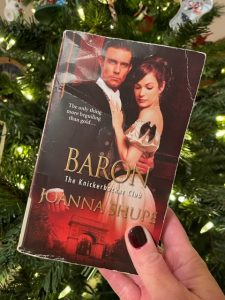 In November, I reviewed a romance anthology for book 55 in this series: How the Dukes Stole Christmas, which included novellas by four different authors. I’d read books by three of the authors. The fourth, Joanna Shupe, was new to me, and I liked her novella enough that I bought Baron, which is part of her Knickerbocker Club series. The heroine is “Madam Zolikoff,” a medium who pretends to connect with the spirit world. It’s a job Ava Jones undertook because it was the best way to support herself and her three siblings, and to save money for her dream of moving them all out of New York City during the so-called Gilded Age, which left a lot of non-gilded people out in the cold. One of her clients is a man running for governor. He’s not the hero. Instead, it’s William Sloane, a railroad baron who will become his… 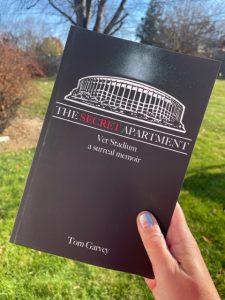 Book 62 of 52: The Secret Apartment: Vet Stadium, a surreal memoir by Tom Garvey

Tom Garvey came home from a the Vietnam War with PTSD, and was trying to figure out what’s next while going to college and working for his uncle helping to manage parking at sporting events in South Philadelphia. When said uncle gave him the business to manage — and after he and his friends crashed at Veteran’s Stadium the night before the Pope’s visit, so they would be on site early to help manage parking — Garvey decided to move in. In The Secret Apartment: Vet Stadium, a Surreal Memoir, Garvey finally tells a story that he said was only known by a small group of friends (including some professional athletes). He claims that from 1979 to 1981, he lived in an unused concession stand under the slope of section 354 at Veterans Stadium. He took full advantage of his living quarters, making friends with professional baseball and football players…